The City: Violent Crime Victims in New York Struggle to Access Funds Due to Them

A state fund designed to financially support victims of violent crimes in New York has distributed money to only a small fraction of those eligible, a new report has found.

The New York City-based nonprofit Common Justice, which works to promote alternatives to incarceration and helps to support victims of crimes, determined that during the 2018-2019 fiscal year, the state Office of Victim Services (OVS) awarded just 6,140 compensation claims, covering a small fraction of all violent crimes. In 2019, nearly 70,000 violent crimes were reported in New York State.

The Office of Victim Services covers costs for victims who have no other resources or have exhausted all of their other options, such as health insurance, workers compensation or car insurance.

The compensation fund is intended to fully reimburse victims for services like mental and physical health care, but also pays a set amount for other costs, like funeral arrangements.

To qualify for the compensation, one generally has to have experienced or lost a family member to physical violence. Applicants also must not have contributed to the crime, and must have reported the incident to law enforcement. According to Common Justice, those restrictions, as well as a slow and strict bureaucracy, make it hard for many victims to access compensation.

Meghan Van Alstyne, 36, learned firsthand two years ago how difficult navigating that bureaucracy can be after an enraged driver attacked her on her way home from her shift as a volunteer medic at a Black Lives Matter rally in Albany.

The driver, angered by a perceived slight on the road, pulled in front of Van Alstyne’s car, got out, and struck her across the face with a metal carjack. Van Alstyne convinced him to go back to his car, but her injuries were extensive.

“I broke most of the molars on the left side of my face, and I had a puncture wound through my cheek that required a dozen stitches to close,” she said. At the hospital, she recalls having to poke her fingers through her face to prove to the doctors that she wasn’t just being “emotional” and that her injuries were severe.

In addition to the damage to her face and teeth, Van Alstyne developed a traumatic brain injury that caused everyday stimuli to become painful. “I spent the better part of three months pretty much with no light, no sound,” she said. “It was a pretty difficult recovery, especially to do during a pandemic.”

The responding officer at the scene of her attack, in the city of Troy, inaccurately told her she’d have to wait until her assailant was apprehended to apply for victims’ compensation. Van Alstyne ended up waiting months before seeking help from OVS.

“It was an incredibly slow process to get all of my paperwork filed,” she said. And then, she found, the delays compounded as her payment requests got denied. “I ended up having to escalate my application through OVS multiple times because I was repeatedly rejected for medical funding and interventions.”

At one point, she said, the office rejected paying for the extensive mental health treatment she needed to cope with the attack because, during the pandemic, she was only able to seek online therapy. Her social worker listed the service as “subscription,” which she was told OVS did not cover.

OVS spokesperson Janine Kava did not comment on Van Alstyne’s specific case. However, the office said that since the pandemic began, they now cover telehealth services.

Van Alstyne said that OVS denied most of her dental work because she couldn’t immediately see a dentist after her attack. OVS argued that they couldn’t verify that her extensive dental injuries were due to being struck in the face.

State law only permits OVS to cover expenses directly related to the crime.

“The amount of anxiety and stress and trauma that trying to negotiate and navigate that system causes feels like a secondary assault,” said Van Alstyne, who eventually gave up trying to work with OVS after getting just $2,000 of her more than $10,000 in medical bills paid. “Frankly, my credit is trashed. Things have been sent to collections and then taken out again, and I can’t undo any of that.”

She says the ripple effects of the experience have altered the course of her life.

“I was looking at buying a house. All those things are now on hold for me,” she said. “And a lot of this is not only a direct result of my assault and injury. It’s from the red-tape and delay of working with an organization that is systematically failing.”

Unlike in most other states, New York’s OVS does not limit the amount of money a victim can seek to cover physical and mental health care expenses. But, as Van Alstyne discovered, accessing those funds is a challenge.

According to the Common Justice report, OVS denied the claims of more than 3,600 applicants during the fiscal year 2019-2020. Over that same time period, OVS made a total of 9,912 claim decisions.

Kava, the OVS spokesperson, said it’s important to note that decisions about awards as well as payouts for claims occur on a rolling basis. Decisions can also change once additional paperwork is provided over the same fiscal year, they added, making it difficult to compare “no-award” decisions against the total number of decisions made within a given year.

According to Common Justice, many victims don’t even know that applying for compensation is an option.

“At least 90 to 95% of clients we see have not heard that OVS services exist,” said director of outreach Lauren Lipps in the report.

Margarita Guzman, a domestic violence survivor and executive director at VIP Mujeres, an organization that works with Spanish-speaking survivors of domestic and sexual violence in New York City, said that she wasn’t aware of the program until she started working with survivors.

“Even as a lawyer: Pretty educated, able-bodied, English proficient. I did not know that it existed,” Guzman said.

But Guzman added that awareness is not enough for her clients at VIP Mujeres, many of whom are undocumented immmigrants — and therefore may hesitate to report crimes, which is one of the requirements set by OVS. “We work with a community that really measures their good fortune by being off the radar of most authorities,” Guzman said.

Proposals pending in Albany would for the first time allow victims to get aid from the fund even if they didn’t report the crime to law enforcement. The bill, sponsored by Sen. Zellnor Myrie (D-Brooklyn) and Assemblymember Demond Meeks (D-Rochester), would remove the mandatory law enforcement reporting requirement and enable victims to provide alternative forms of evidence to show that a qualifying crime was committed.

When asked by THE CITY and the Fuller Project where they stand on the proposal, neither Gov. Kathy Hochul’s office nor the NYPD stated a position. Guzman said however that taking law enforcement out of the equation would be a game-changer for her clients.

“To extract victims’ compensation from law enforcement completely shifts the character of what this resource is,” Guzman said. “And I think it really shifts the willingness of community members who are unwilling to engage with law enforcement to have more of their needs met.”

Survivors of gender-based and domestic violence may be in a similar situation, said Alice Hamblett, one of the report’s authors. “Many [survivors] fear that calling the police would make things worse… or they won’t be believed,” she said. “Reporting to police can be a big barrier for women, and anyone who experiences intimate partner and domestic violence from accessing victims’ compensation funds.”

For now, those who seek victims’ compensation must report to law enforcement within a week of the crime, with some exceptions. According to the report, this can put a lot of pressure on survivors who are also dealing with the trauma of what’s happened to them.

The victims’ compensation fund typically requires survivors to have suffered physical violence. However, there are several exceptions, including for victims under the age of 18, over the age of 60, and targets of certain crimes like stalking, harassment, and kidnapping.

Left out are survivors of domestic violence who have endured psychological or emotional abuse, Hamblet said.

Common Justice also says racial bias can play a factor in determining who is granted compensation.

The concept of “contributory conduct,” the idea that the victim took part some way in the crime, opens the door for police and OVS officers to make racially discriminatory guesses about the inherent criminality of the victims, said Oresa Napper-Williams, executive director of Not Another Child, an organization focused on ending youth gun violence.

“I have seen parents denied victims’ compensation a lot of times because the detective on the case will say he had a history of involvement with gangs,” Napper-Williams said.

Even for those who manage to qualify for victims’ compensation, according to Common Justice it’s often not enough or comes too late.

In 2006, when Napper-Williams laid her only son to rest after a stray bullet killed him, OVS awarded her $6,000 for funeral costs. “Here we are in 2022, when inflation is at its highest, everything is high, these families are still awarded $6,000,” Napper-Williams said.

She said that for families without savings, who never expected to bury their loved ones so soon, $6,000 is simply not enough. The median funeral cost in the United States in 2021 was $7,848.

Families also don’t receive the entire $6,000 right away, said Michelle Barnes-Anderson, founder of the Melquain Jatelle Anderson Foundation, which provides support for victims of gun violence. Barnes-Anderson also went through the victims’ compensation process when her son was murdered in 2017.

For folks who need to bury their loved ones or to move for their physical or emotional safety after a violent crime has occurred, the seeming lack of urgency from OVS is particularly troubling, she said.

Survivors of violence can receive a $3,000 emergency award within 24 hours of filing with OVS. However, according to OVS, it takes them an average of 107 days to award or deny a victim’s entire claim.

“[Survivors] can’t wait a month for you to mail them a check,” Barnes-Anderson said. “What are they going to do right now because with crime victims if you have a funeral situation … it takes a long time to get you that check but what are you doing in the meantime?”

According to Kava, much of the bureaucracy involved in the compensation process is required by both state and federal regulations, but officials are working to improve access. OVS is now funding 228 victim service programs housed within nonprofits and municipal agencies to help victims more easily access compensation.

“OVS has a proven track record of expanding eligibility for victims’ compensation, streamlining its claims process and improving access to services,” Kava said. “That being said, we know that barriers remain. We will continue to work closely with service providers, victims of survivors of crime, and other stakeholders to expand access to compensation while ensuring that the safety net provided by OVS remains as accessible to anyone who needs it.”

“There should be an emphasis on culturally specific organizations and organizations that have buy-in from the communities that they exist to serve,” Guzman said. “So that you are getting the resources to the most trusted messengers on the ground and in a community that can reach people who need it the most, who are often the people who don’t get it now.”

Even those who are frustrated with the process of applying for victims’ compensation, like Van Alstyne, see a potential for reform.

“Overall, it’s a good program, but it needs deep attention so that there aren’t people falling through the cracks,” she said. 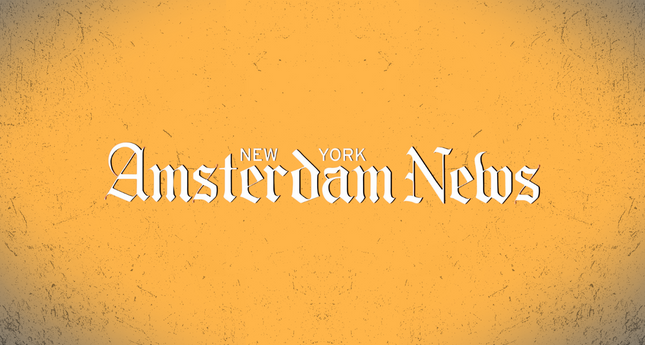